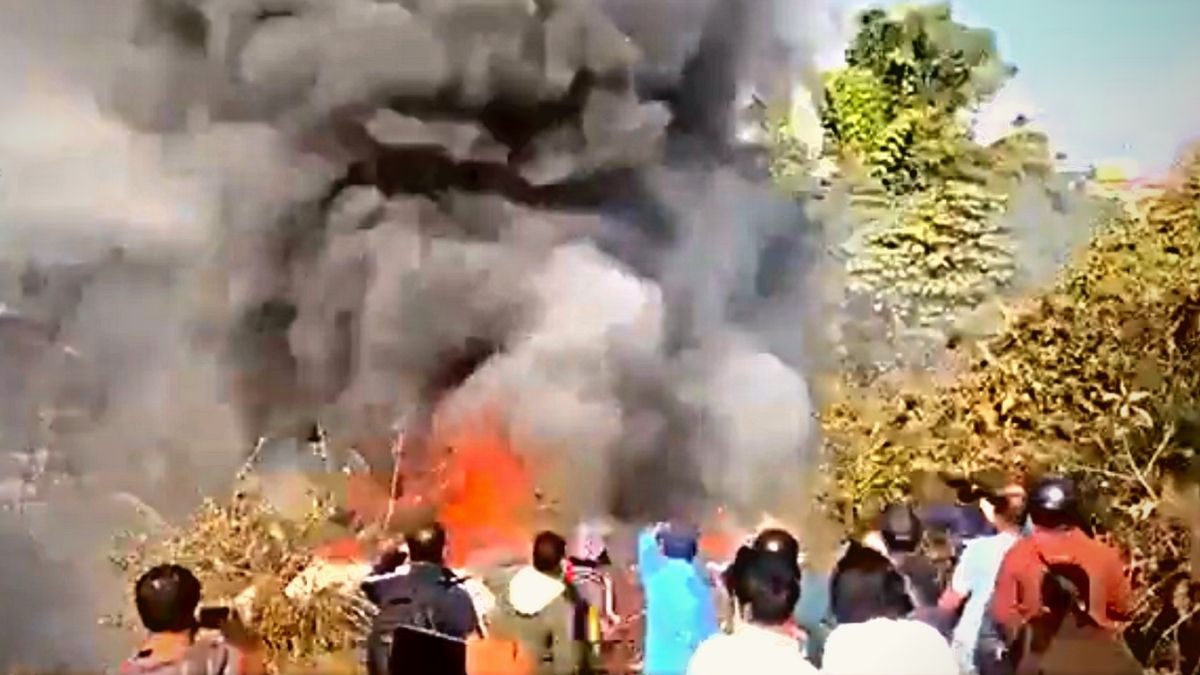 On Sunday, a Yeti Airlines plane carrying 72 people crashed in Nepal’s Pokhara. Out of the 72 people onboard, 68 were passengers, and four were crew members

The crash of a plane carrying about 72 people from Kathmandu to Pokhara today has killed at least 32 people in Nepal, according to several reports. Nepal Army officials have recovered 16 dead bodies from the wreckage so far. A plane crashed between the old and new airports in western Nepal, carrying 68 passengers and four crew members. Nepal’s capital Kathmandu was the destination for Yeti Airlines’ twin-engine ATR 72 aircraft.

The plane carried 10 foreign nationals, including two infants, according to Yeti Airlines spokesperson Sudarshan Bartaula. There were 53 Nepali, 5 Indians, 4 Russians, 1 Irish, 2 Koreans, 1 Argentinian, and a French national on board, according to news agency ANI.

Nepali journalist Dilip Thapa told NDTV that rescue operations have been difficult because of a raging fire at the wreckage. An emergency cabinet meeting has been called by Nepalese Prime Minister Pushpa Kamal Dahal ‘Prachanda’.

In accordance with the Civil Aviation Authority of Nepal (CAAN), the aircraft took off at 10:33 am from Kathmandu’s Tribhuvan International Airport.

As the plane approached Pokhara airport, it crashed into a river gorge on the Seti River’s bank.

It is likely that the aircraft was on descent at the time of the crash, which occurred around 20 minutes after takeoff. It takes 25 minutes to fly between the two cities.

At 10:33 am, the aircraft took off from Kathmandu’s Tribhuvan International Airport, according to the Civil Aviation Authority of Nepal (CAAN).
When the plane was close to landing at the Pokhara airport when it crashed into a gorge on the banks of the Seti River, it was close to landing.

The crash occurred around 20 minutes after the take-off, suggesting that the aircraft might have been on the descent at the time of the crash. Between the two cities, it takes 25 minutes for a flight to get from one to the other.

“We don’t know if there are survivors,” Sudarshan Bartaula, the airline’s spokesperson, told DOPN NEWS.

According to a local official, rescue workers were trying to put out the fire after the plane crashed.

In a statement, Union Civil Aviation Minister Jyotiraditya Scindia expressed condolences for the loss of lives in the plane crash.

“The loss of lives in a tragic plane crash in Nepal is extremely unfortunate. My thoughts and prayers are with the families of the bereaved. Om Shanti,” he tweeted.